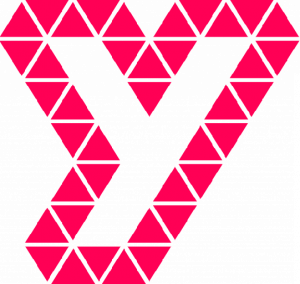 A group of teens from Perth have exported traditional Scottish ceilidh dancing to Poles and Ukrainian refugees.

Four youngsters from YMCA Tayside and three from the city’s Trinity Church of the Nazarene enjoyed a 10-day summer camp at the town of Sulejow in central Poland.

Here they organised sports competitions, entertainment such as craft displays, quizzes and a bonfire night, and also taught English to 60 Polish and 25 Ukrainian youngsters – the latter having fled their country since the conflict with Russia began in February.

The Scottish youngsters additionally showed them how to ceilidh dance.

“They did Auld Lang Syne and learnt some of the songs. We didn’t teach them too many but they now also know Strip the Willow and the Gay Gordons.”

‘It was just doing life together’

The camp was the result of a link-up with Polish charity Camp Arka.

The YMCA and church raised £3,000 to pay for the trip through events, a bake sale and climbing Ben Vorlich.

Alyxs said: “At the camp they played volleyball and basketball. They also did a 15km kayak trip, which meant they were out for three and a half hours.

“We also played cards, charades and other games. There was a pool so they went in there. It was just doing life together.”

‘They were exposed to different living conditions’

“It was quite a transformational experience, working as a team, sharing a room with eight people.

“Lots of them are used to having their own room with their own private comforts. But here in the camp they were exposed to different living conditions, new food they had never tried, a new language. They were coming up against so many things.”

‘It was quite emotional’

Meeting Ukrainian youngsters who had fled from war was also an eye-opener.

“It was quite interesting hearing the stories from the kids,” Alyxs said. “Some of them haven’t seen their dads because they are still in Ukraine while they are in Ukraine with their sisters and their mum. It was quite emotional.

Alyxs wants to return to the summer camp next year and says it might be incorporated into the YMCA’s programme.

“Covid has stopped a lot of dreams coming through,” she said. “Lots of local young people turned 18 during that time and couldn’t celebrate.

“The same applies for the Polish kids who used to go to this camp every year. It’s a pretty cheap camp in terms of what is available and they did not know if they would return.

“It was amazing this year to have a camp with the kids together. It felt like a taste of normality after such a strange few years.”

Read the Courier article at https://www.thecourier.co.uk/fp/news/perth-kinross/3539626/perth-poland-ceilidh-dancing/